Sometimes, winning trinkets and retiring with an unbeaten record just isn’t enough to be considered one of boxing’s greats. One prime example of this would be former IBF and WBA super-middleweight champion, Sven Ottke.

The German born ex-boxer made a good start in the sport. He had a glittering amateur career which consisted of Ottke becoming a three time Olympian, German National middleweight champion as well as the light-heavyweight national champion. He finished with an amateur record of 256-47-5. But one criticism, which would later be echoed about his professional career in boxing, is that most of Ottke’s bouts were staged in his home country.

In 1997 Ottke made his professional debut winning a six round points decision. He would go on to see most of his victories come by points decisions since he was never really that gifted in terms of concussive knockout power. On October 24th, 1998 Sven won the IBF super-middleweight crown by a split decision over American Charles Brewer. Fifteen successful defences later and the reward for Ottke was beating Byron Mitchell to grab the Super WBA title by another split decision. 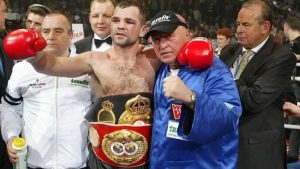 Sven Ottke celebrates with his team.

One more fight against Swedish Armand Krajnc saw Ottke retire from the ring for good at the age of 36 in 2004. He cited difficulties in training and back issues as reasons.

He had good hand speed, possessed a tight defence and was nimble-footed. Ottke also had good endurance and would throw the odd semi-decent jab every now and again.

However, it appeared that all of that still wasn’t enough.

It must be briefly stated that a part of what I am about to get to was also due to the fact that Ottke, himself, verbally stated that he didn’t want to venture outside of Germany in attempts to mix it with the likes of Joe Calzaghe and prove that he wasn’t somebody who was being protected by those who are capable of pulling a few strings in order to make sure that he was always going to be favoured to win.

But the most important factor is that it looked like Ottke did not do enough to win in more than a handful of championship contests. The Robin Reid “victory” was one of the more blatantly obvious ones, but there were others. It also wasn’t just the Reid fight in which Sven signalled to the referee for some assistance. He did this throughout his career, and more often than not, assistance was granted! 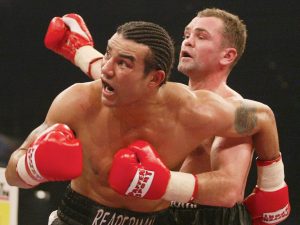 Those are things that numbers and names on records do not show.
Joe Calzaghe is rightfully criticised for spending too much time in the UK making meaningless defences of his WBO title for many years. But there are two differences, those being that he won them conclusively. And the second difference is that he eventually made the move to go to America and prove that he wasn’t just content with being known as somebody who only wanted to stay in his comfort zone.

Ottke failed on both of those points.

So, the question is how can he expect to be remembered as a great super-middleweight fighter? Because he refused to travel, his exposure was always limited. People in Germany may have debates about his legacy. But could anybody else? Sure, if they were aware that that such a boxer fought and existed. And the masses, which mostly do determine the legacy of a boxer, are the ones that decide. But it is a fair bet that they will not have even heard of his name.

So, Sven Ottke only has himself to blame.

And just one day he may ponder the thought that he may have let himself down in a major way.