By Daniel Davis For Mailonline

Paul Gascoigne has opened up on the sensational lengths he would go to to distract Roy Keane when the two met during their playing careers in the early 1990s.

The midfield duo had clashed when Nottingham Forest took on Tottenham – and Gascogine used to constantly speak to Keane, a youngster at the time, in a wild bid to wind him up.

The Spurs and England legend, 53, even jokingly told Keane that he was sleeping with his wife in order to provoke a reaction. 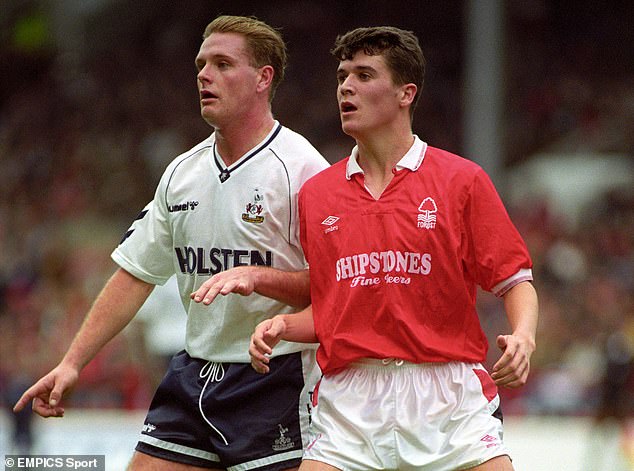 His appearance on Anything Goes with James English saw Gascoigne recall the memorable encounters with the outspoken Keane, now a Sky Sports pundit.

Keane was described as feeling relieved after hearing the full-time whistle, having finally managed to escape from Gascoigne’s bizarre methods.

Gascoigne said: ‘I remember Roy Keane once, I just used to talk to him all the time, I remember going down the tunnel and I said: “Roy, you reckon you’re the new kid on the block? Welcome to your worst nightmare.” 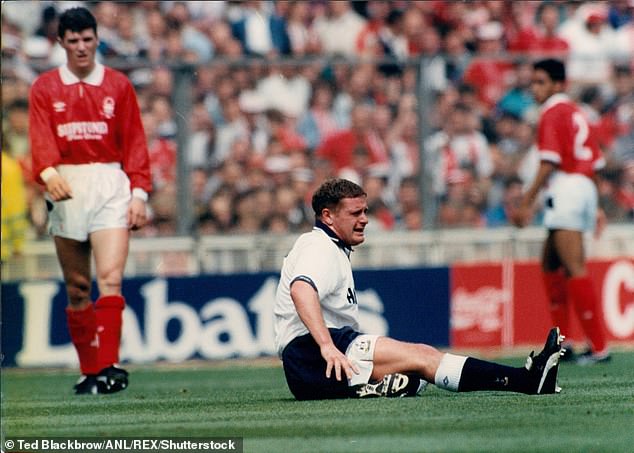 ‘We won one-nil but he said afterwards in the papers: “Thank God that game is over with, I’ve never been talked to so much in my life.”

Keane moved to Forest from Cobh Ramblers in the summer of 1990 for a deal worth around £47,000 – and quickly looked to make a name for himself.

The no nonsense Irishman impressed at the City Ground and earned himself a high-profile switch to Manchester United three years later. 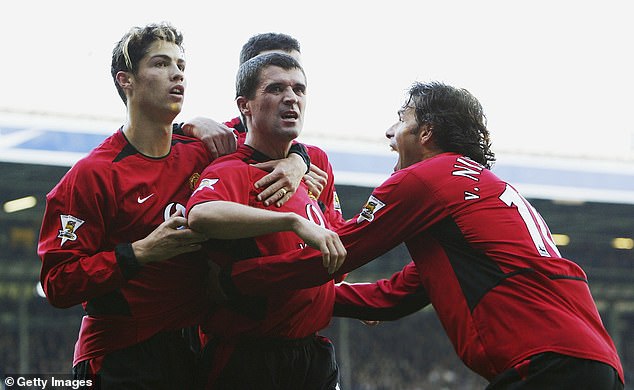 Having won 17 major trophies during his time under Sir Alex Ferguson, Keane later joined Celtic to round off his career.

He had played a key role in seven Premier League titles and the Champions League triumph in 1999.

Gascoigne departed Tottenham for Lazio in 1992, meanwhile, but may have become Keane’s team-mate at United with Ferguson having held a keen interest in him.