By Simon Jones for MailOnline

Teenage winger Shola Shoretire has been promoted to first team training at Manchester United after signing his first professional contract.

Shoretire, who turned 17 last week, has been starring for United’s U23s and has trained with the first team on an ad hoc basis over the past two months.

However, recognising his progression, manager Ole Gunnar Solskjaer brought Shoretire into first team training on Sunday and he will remain there while he continues to improve. 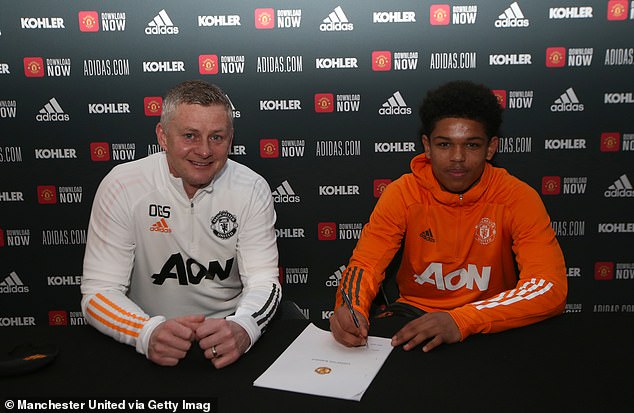 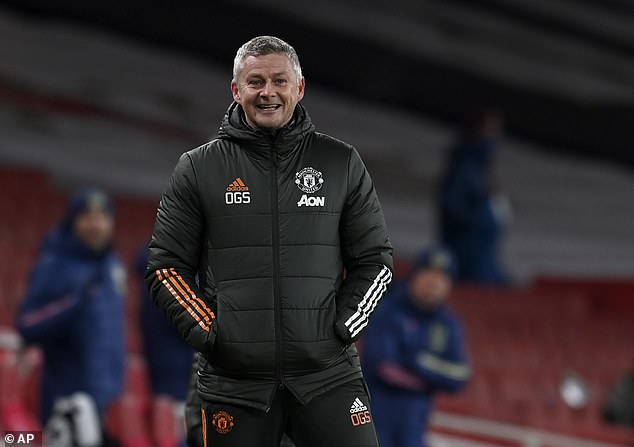 Shoretire captioned the Instagram photo of him signing his new deal next to Solskjaer: ‘It’s a dream come true to sign my first professional contract for my boyhood club! Such a proud day for me and my family.

‘Thank you to everyone at the club and to my family who have helped me get to this moment. Hard work continues!’

A statement from the Reds Devils read the 17-year-old will be looking to ‘hone his talents behind the scenes’ and continue his development at the Red Devils ‘in the coming months and years’. 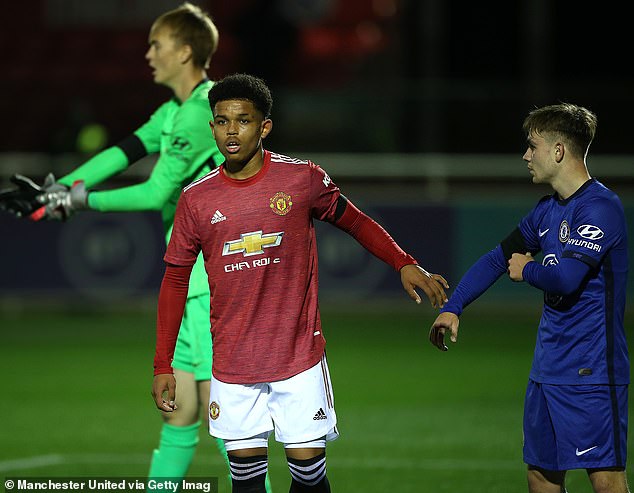 Shoretire rejected advances from Paris St Germain, Barcelona, Juventus and Bayern Munich to commit his future to United who are expected to formally announce the signing of his first professional contract this week.

Shoretire combined well with new signing Amad Diallo to score a hat-trick for United’s U23s on Friday as they came back from 4-2 down to win 6-4.

He is widely tipped by coaching staff to make his first team debut this season. 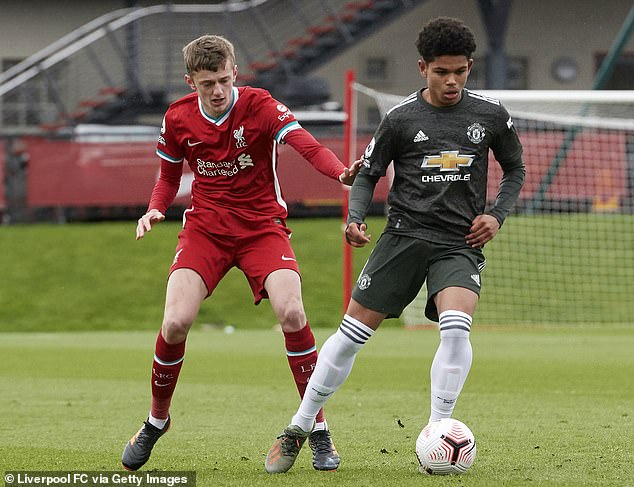