Junior Firpo admits Barcelona’s misfiring attacking has become ‘the trend of the season’ after they were held to another draw at home to Eibar on Tuesday night.

Barca needed an equaliser from substitute Ousmane Dembele after Kike Garcia embarrassed Ronald Araujo to break away and score just before the hour mark.

The result leaves Barca sixth in LaLiga, seven points behind an Atletico Madrid side who have two games in hand on them. 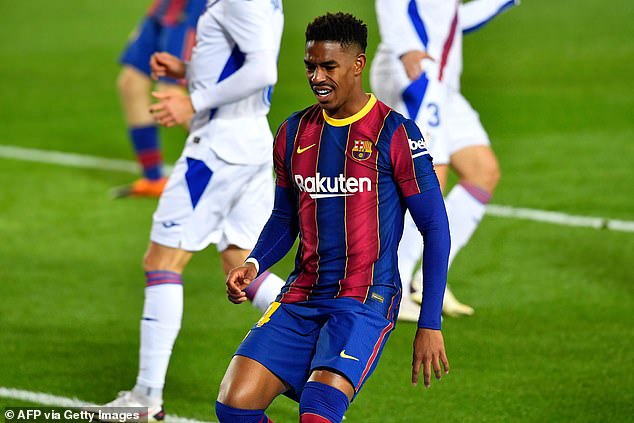 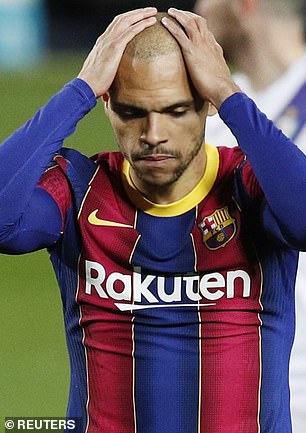 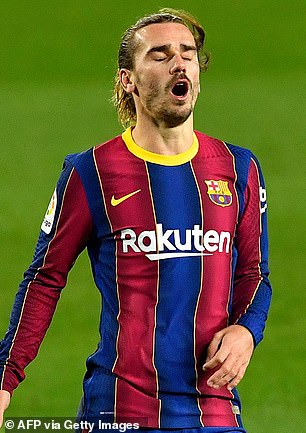 Martin Braithwaite missed an early penalty as Barcelona passed up a string of opportunities in the match.

‘We need a thousand chances to score,’ Barca defender Junior said after the game.

‘They [Eibar] had one clear chance and scored.’

Junior added: ‘It’s the trend of the season. The games are tough and it’s all uphill.’

Ronald Koeman refused to blame the result on Messi’s absence, but admitted: ‘I don’t want to say we lacked experience. 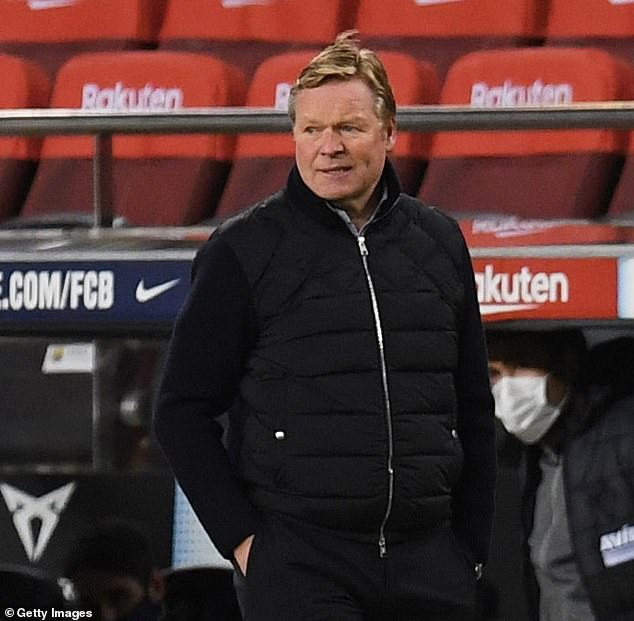 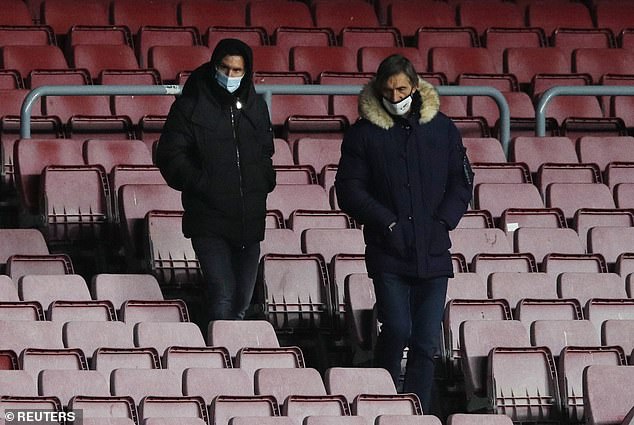 He added. ‘There is a transition in the team. There are also injuries. We play with young players – today we had five or six – but we also had experience.

‘We lacked Leo, who makes a difference. But the feeling is still, how did we not win?

‘We created many opportunities, missed a penalty, and gave away a goal.’

Barcelona travel to face bottom side Huesca in their first match of 2021 on January 3.