‘I’m happy it wasn’t around when I was playing’: Emile Heskey blasts VAR amid constant controversies… admitting he fears there’s ‘no end in sight’ for questionable decisions

By Toby Miles For Mailonline

Emile Heskey fears there is ‘no end in sight’ for VAR controversies after another weekend of Premier League football clouded by dodgy decisions.

Leeds, Liverpool and Wolves were among top-flight sides at the heart of VAR issues at the weekend, with Robbie Savage labelling the decision to rule Patrick Bamford’s arm offside on Saturday ‘the worst in the history of football.’

Joe Gomez was also penalised for a questionable handball in the Reds’ draw at Manchester City, while Nuno Espirito Santo raged at another call that handed Jamie Vardy a penalty in defeat to the Foxes. 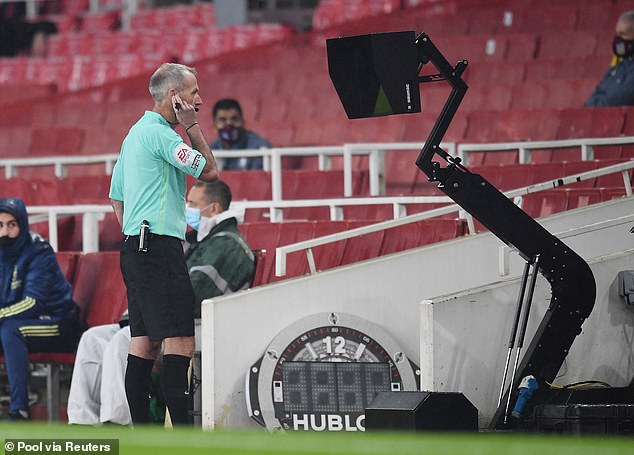 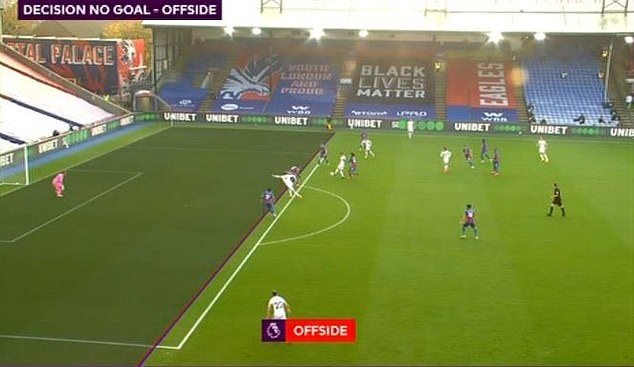 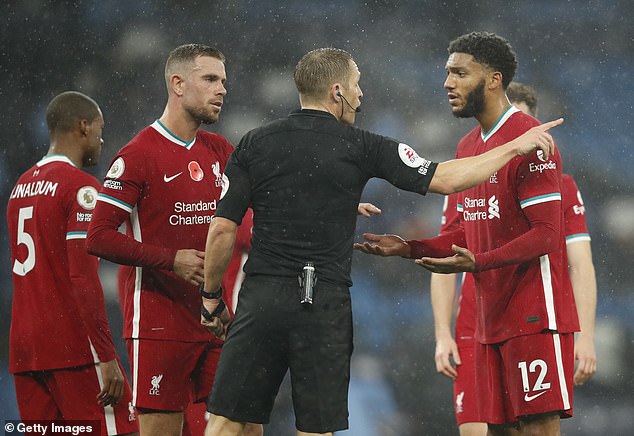 Joe Gomez was also a victim of the technology, punished for a questionable handball

‘It has not panned out like we all hoped it would,’ Heskey told bookmakers.co.uk.

‘People have been calling for it for years because of constant human errors but, now that we’ve got it, it’s not really how we all imagined it would be.

‘It’s taking too long to make decisions at times which can spoil the momentum of games. We’re in a bit of a dilemma with it really – where do we go with it? I’m happy it wasn’t around when I was playing.

‘I certainly don’t think too many fans are happy with it right now, we just need to know where we’re going with it because right now there seems to be no end in sight of questionable decisions. 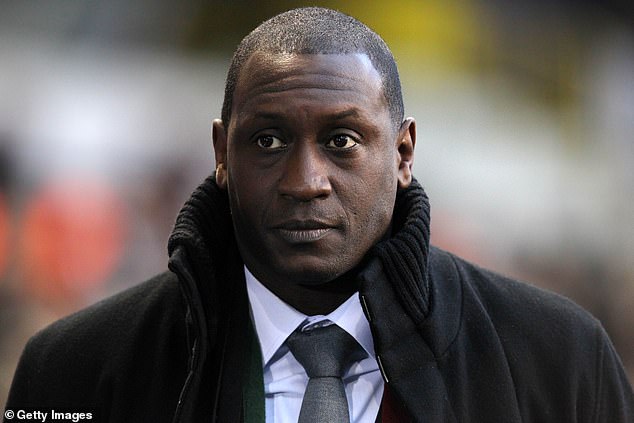 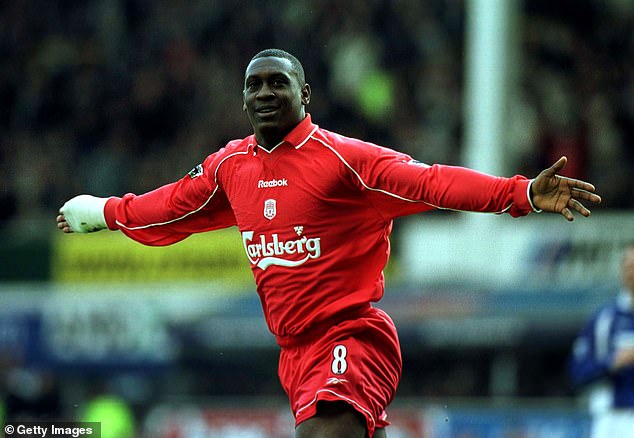 ‘But there are always teething problems with any change in football – whether it’s changes to the offside rule or new rules like when the goalkeeper six second rule came in – we’re never fully happy with the changes at first.

‘Do we stick with it? Since it has been wanted for years and now it’s finally implemented I think we have to stick with it and hope the kinks can be ironed out.’

Spurs and Brighton were also embroiled in VAR drama at the weekend, with Harry Kane awarded a controversial penalty while Tariq Lamptey’s goal should have been ruled-out for a foul by Solly March in the build-up.

Managers and fans have been demanding clarity, with Espirito Santo saying after Wolves’ latest run-in with the technology: ‘What we want are good, fair and consistent decisions and we are not getting them at the moment.’