Paul Gascoigne admits he ‘headbutted and punched’ his father’s body after his death in 2018 as troubled England hero reveals outburst was ‘revenge’ for past wrongs: ‘I got my own back… Then I just laid there and hugged him for 45 minutes’

By Ollie Lewis For Mailonline

Paul Gascoigne has revealed that he punched and headbutted his dead father’s body shortly after he passed away in hospital as ‘revenge’ for past wrongs.

John Gascoigne died from cancer in 2018 and the 1996 World Cup legend told of how he did not handle the death of his father, who put him in a mental institution after he visited cop killer Raoul Moat, well.

‘When it was just me and him in the hospital bed and he passed away, I f****** jumped on the bed and punched him,’ the 53-year-old told the James English podcast via The Sun. 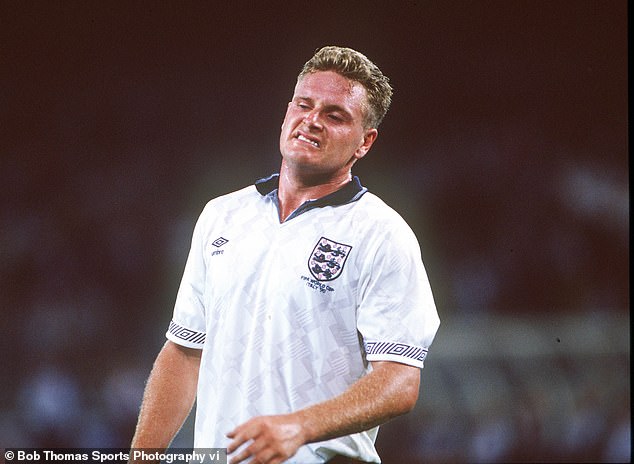 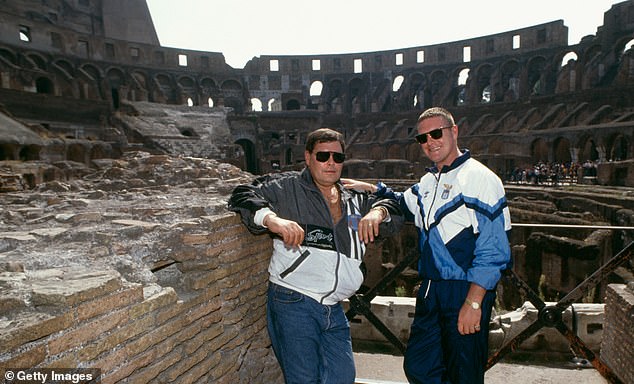 ‘I headbutted and punched him and got my own back from when I was younger. Then I just laid there and hugged him for 45 minutes.’

Gazza added that he was close with his father and would take him around the world throughout his playing career.

‘I loved to take him around the world with me when I played,’ he said. ‘At the moment I’m alright, but I’ll be thinking of it, the good times I had – I probably had more good times than bad times. 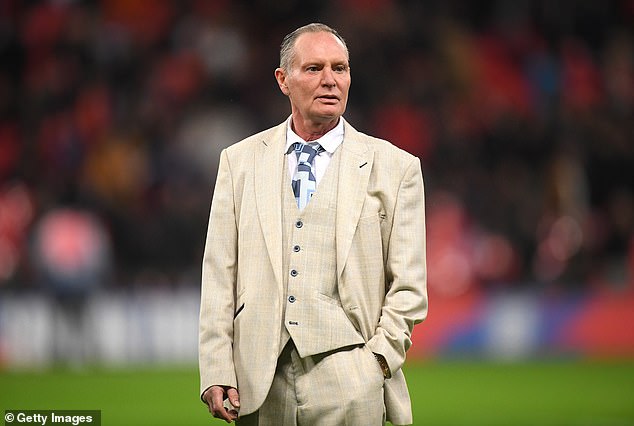 ‘I must have bought my dad about 80 cars and 18 boats and houses. I got divorced and gave a lot of money to my family. I spent a lot on houses, buying and renting different places.’

Gascoigne is widely regarded as one of the greatest footballers England has produced, and enjoyed a fruitful career with Newcastle, Tottenham, Lazio and Rangers, among others.

And Gazza revealed that he would leave his car parked at Match of the Day host Gary Lineker’s house while playing for the north London club so the former striker would get parking tickets. 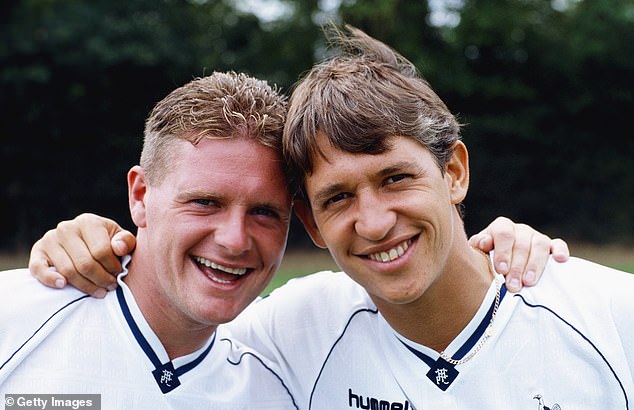 ‘I knew where Gary lived, after training I’d get ready really quickly and get in my car, fly to his house and put my car in his park space and go off into London.

‘I’d stay the night and he couldn’t park his car up, he’d have to leave his outside and get a ticket. He’d get a ticket all the time.

‘The manager called me in and said, “You’ve got to stop that, f****** Lineker is fuming you keep leaving your car outside his door.”‘