Barcelona 1-1 Eibar: Ousmane Dembele’s goal salvages a draw but Ronald Koeman’s side drop more points at home as Martin Braithwaite misses a penalty while Lionel Messi watches on from the stands

By Pete Jenson for MailOnline

Lionel Messi made a surprise appearance at the Camp Nou but it was not where his team needed him (on the pitch) as they dropped two more points in the title race.

Having been given permission to arrive back late from his Christmas holidays he was not included in the squad but watched from the stand as Barcelona’s season continued to fall apart.

Eibar had never picked up a point at the Camp Nou but they might have earned all three after taking the lead in the second half. 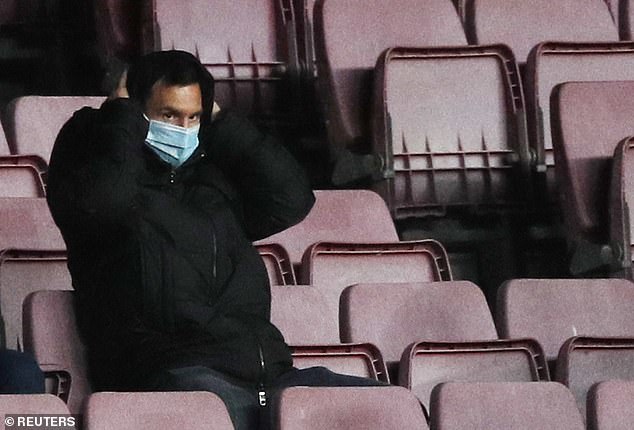 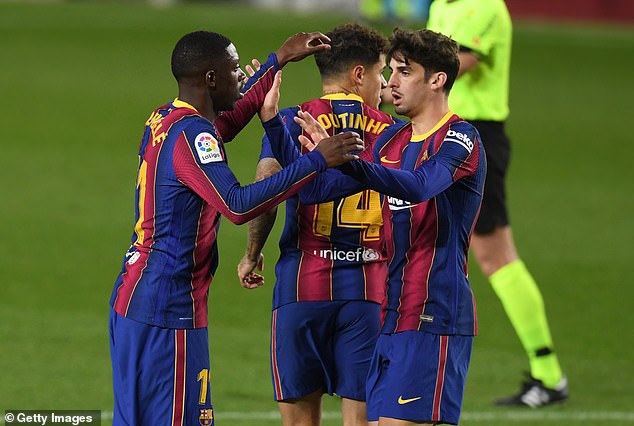 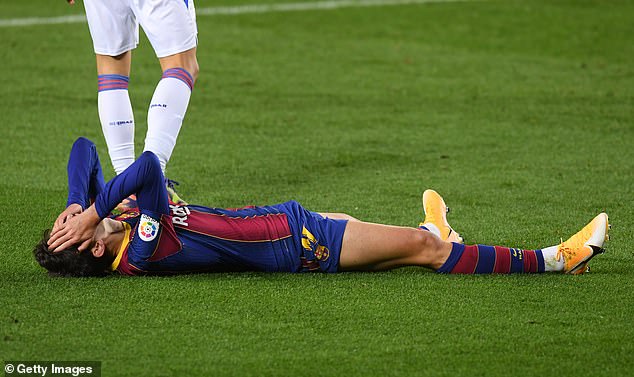 Hidden in a black winter coat, hooded top and watching from behind a surgical mask Messi was on his feet in injury time as substitute Francisco Trincao dribbled into the area but dragged his shot wide.

As the final whistle was blown he appeared to shake his head as headed for the exit. When he next runs out for Barcelona they could be 10 points off the lead.

Barcelona should have been ahead before the break but Martin Braithwaite missed from the spot after Pedro Bigas had fouled Ronald Araujo. Braithwaite scored later in the half but VAR ruled the goal out for offside. 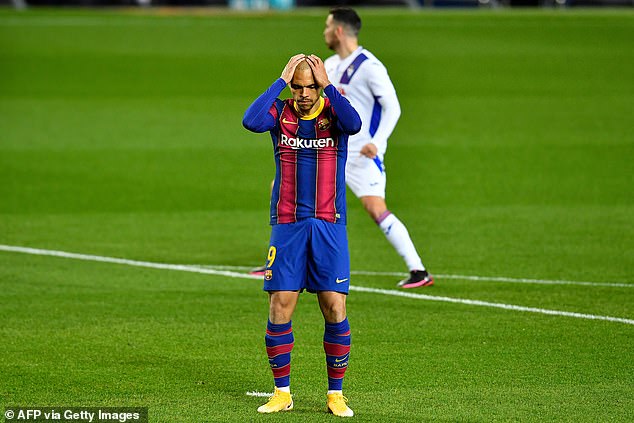 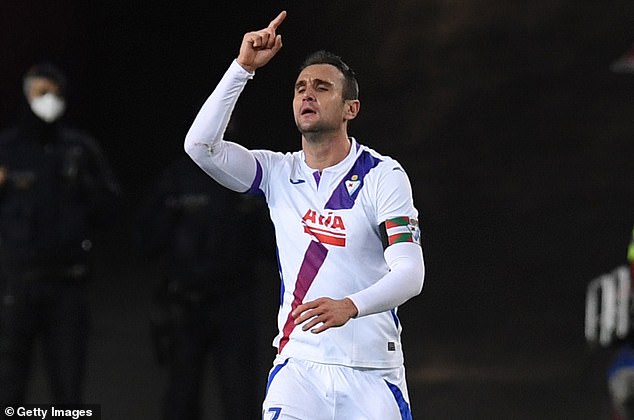 If one former Middlesbrough player was struggling to score, at the other end Kike Garcia was having no such trouble. On 57 minutes he put the visitors ahead robbing Araujo and racing clear to shoot past Marc Andre ter Stegen.

Eibar sensed a first ever win at the Camp Nou but their lead lasted 10 minutes. Ousmane Dembele, on at half time, got the goal. He had squandered an earlier opportunity when clean through. Marko Dmitrovic had saved at point blank and batted away Frenkie de Jong’s weak effort from the rebound.

But Dembele did not miss his second gift this time served up by Junior Firpo who had swapped passes with fellow substitute Philippe Coutinho and drilled the shot into the far corner. 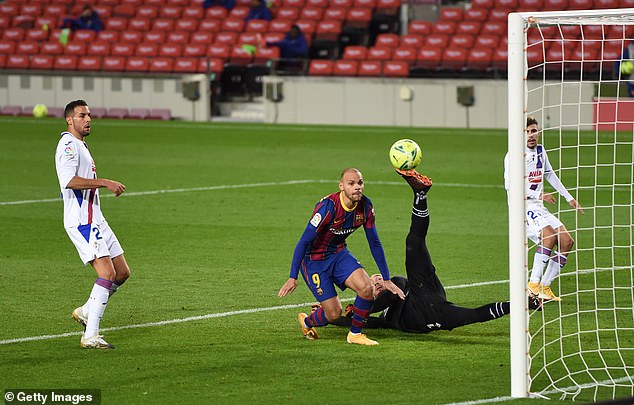 From another Coutinho cross defender Oscar Mingueza failed to get his shot away. It was too little to late from Barcelona who have now won only seven of their 15 games played so far this season.

The performances of Coutinho, who was hobbling on the final whistle, and Dembele in the second period will give Barcelona supporters something to be positive about but Antoine Griezmann failed to deliver once more.

With Messi rested he took centre stage but was taken off in the second half before Barcelona got themselves back into the game.

Barcelona have dropped nine points at home this season. It is not the form of Champions or even of a team destined for the top four. 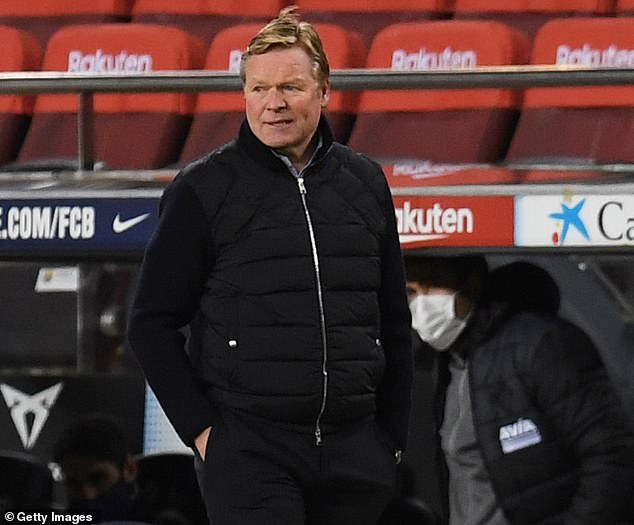