Alejandra Lara out to earn rematch vs. champ Velasquez at Bellator 255 – ALL SPORTS MEDIA
Skip to content

The former Bellator women’s flyweight title challenger wants to get a second crack at the belt and knows a win at Friday’s Bellator 255 event could get her just that. Lara (9-3 MMA, 3-2 BMMA) takes on Japan’s Kana Watanabe (9-0-1 MMA, 1-0 BMMA) in a main card matchup.

Lara, who hasn’t competed in more than a year due to the pandemic and her participation on “Exatlon,” a reality television show, is glad she’s making a return against a highly touted opponent and one that resembles the current champion.

“I think it’s a good match because she’s coming in undefeated, so it’s not like I’m fighting just anyone,” Lara told MMA Junkie in her native Spanish. “I was hoping to fight someone at the top since I’m in the top five, and I think this applies for the fight against Kana. This is the year of fighting for the title. It’s in my agenda.”

Lara assures she’s been evolving plenty since her defeat to now-champion Juliana Velasquez back in 2018. The Colombian is on a two-fight winning streak since that result and feels a third consecutive win could get her another championship fight.

“I think it’s possible that after this fight I might get the title shot, but either way, I’m open to whatever,” Lara explained. “If I don’t get it, it’s no problem. It’s not like I’m going to feel bad, and I think it’s a perfect preparation because this girl’s strength is judo, so that’s good for the fight with the champion, who also has a judo base. I think it’s a good test.”

Lara’s only two defeats in Bellator have come to former champion Ilima-Lei Macfarlane and current title holder Velasquez. The 26-year-old expected Velasquez to defeat Macfarlane last December, despite her rooting for Macfarlane.

“I am an Ilima supporter, I like to root for her, but I knew and I did feel like Juliana Velasquez was going to win,” Lara said. “The truth is that after the last fight I had with her, which I lost via split decision and it was so close, I now look back and think, ‘Hey, at that point in time, I had no good technical base of striking or wrestling.’ Now, I feel much more mature and stable to take on a challenge of that type.” 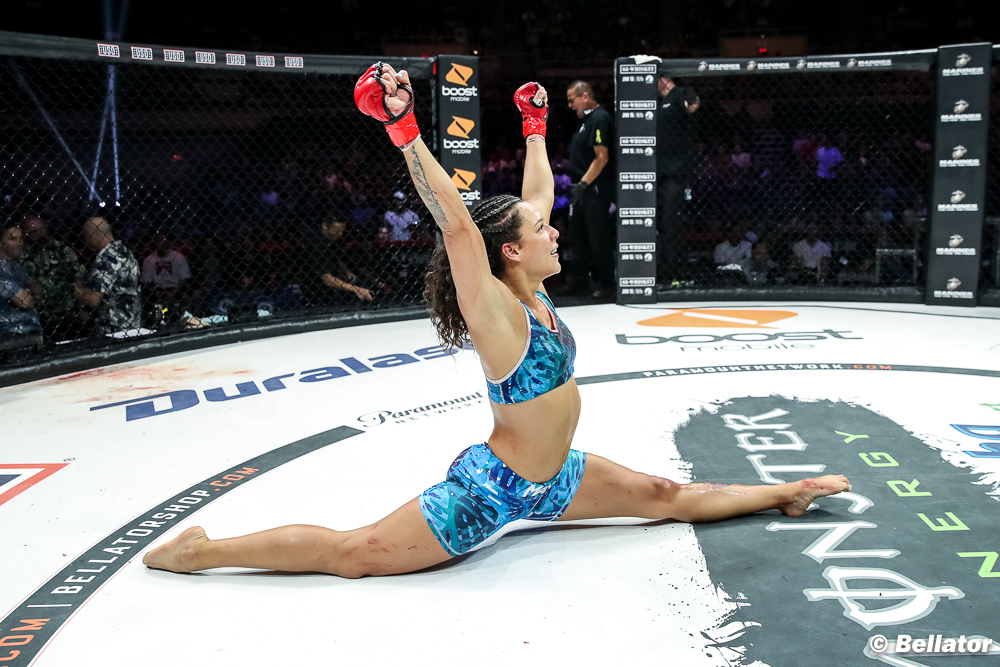