Everton defender Yerry Mina is reportedly eyeing up a summer move to Serie A this summer, with Inter Milan and Fiorentina said to be interested.

The 26-year-old centre half joined from Barcelona for £28million in 2018 but has failed to hold down a starting spot this season, suffering from several injuries and inconsistent form.

Fine form from Mason Holgate, 24, and Ben Godfrey, 23, means Mina’s long-term future as a starter at the club is insecure and according to the Sun, he is keen on a move to Italy to secure first-team football. 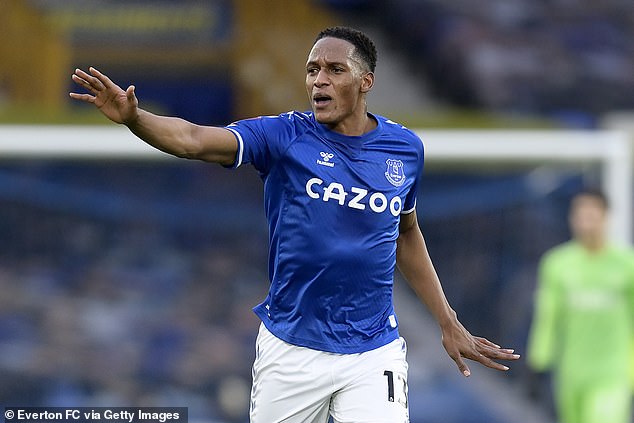 Colombia international Mina scored three goals at the 2018 World Cup, including a late equaliser against England in the last 16, a record for a defender at a single tournament.

The 6’5″ stopper has recently returned to full fitness after a calf injury suffered in the Toffees’ 3-1 loss against Manchester City back in February, but may not win his place back before the end of the season.

LaLiga side Valencia were also keen on Mina last summer, but it is understood prospective Italian champions Inter Milan, under Antonio Conte, and Fiorentina are keeping tabs on him currently. 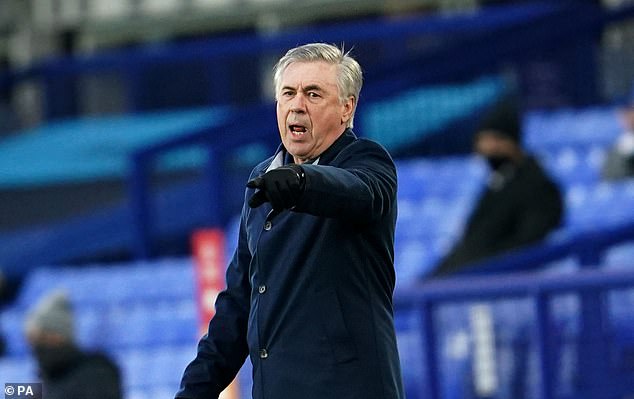 Everton will also look to get in a No 2 goalkeeper to rival Jordan Pickford, Roma loanee Robin Olsen’s deal is set to expire at the end of the season.

Sportsmail reported last week that Tottenham midfielder Harry Winks could be moving to Goodison Park after their failed bid to sign him on loan in January. 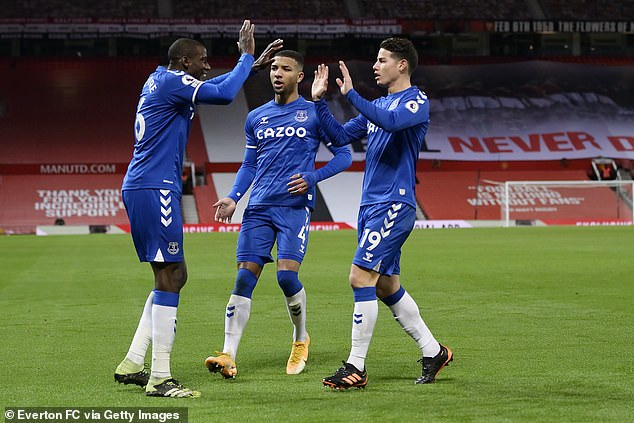 Carlo Ancelotti’s side currently lie in eighth in the Premier League, three points off West Ham, Liverpool and Tottenham in the three positions above them but with a game in hand on the Hammers and two games in hand on the other two.

Ancelotti has therefore called on his side to be ‘brave’ despite their middling home form ahead of their clash against Crystal Palace on Monday, which he has described as a ‘must win’ match.

The news that midfielders James Rodriguez and Jean-Philippe Gbamin could return from injury will be fillips to the Italian’s side, who he wants to win six matches from their last ten to qualify from Europe.