Tottenham were handed another fitness issue to contend with ahead of their clash against Crystal Palace on Saturday after midfielder Oliver Skipp hobbled out of England’s win over Kosovo on Tuesday night.

Skipp has started all three Premier League games on the season in the heart of the Spurs midfield alongside Pierre-Emile Hojbjerg having made an early impression on new boss Nuno Espirito Santo, playing a key role to help the team make a perfect start to the season and rise to the top of the table.

It is the second injury concern for the club after key man Son Heung-min suffered a calf blow while playing for South Korea, while Espirito Santo is also set to be without Argentina duo Giovani Lo Celso and Cristian Romero while they quarantine following their controversial trip to Brazil. 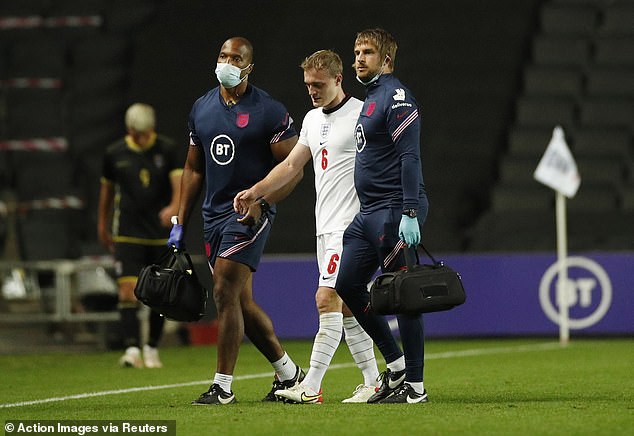 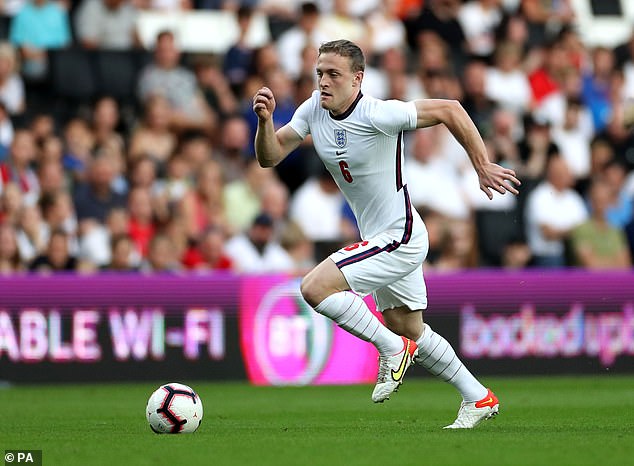 Skipp has been with Spurs since the age of 12 after coming through the academy and starred for Norwich during an impressive loan last season as he helped them earn promotion back to the Premier League, being named in the Championship team of the year.

The 20-year-old had an issue with his groin just eight minutes from the end of the game, with England U21 boss Lee Carlsey admitting medical staff were applying ice to the area after some ‘stiffness’ following the 2-0 win.

‘I saw him on the treatment table with ice on his groin,’ said Carsley. ‘He said there was a bit of stiffness there. We should know more tomorrow but Oli’s a robust player. 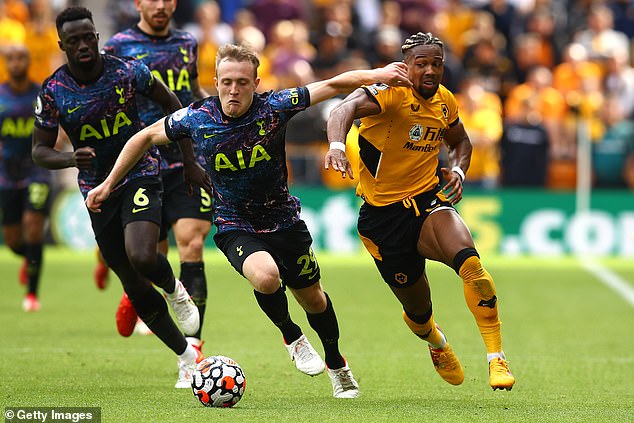 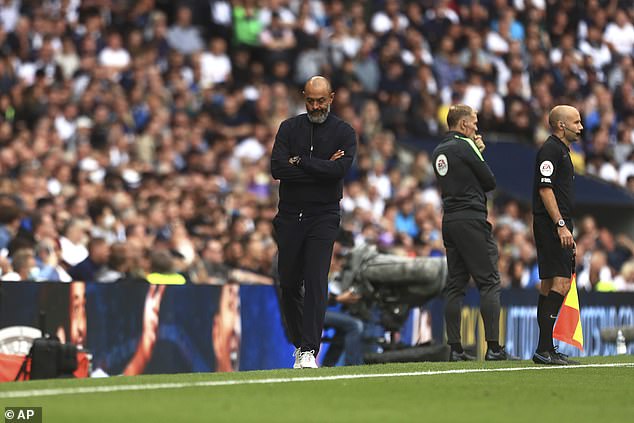 The news will be a concern for Nuno Espirito Santo, who is already sweating over other stars

‘The intensity he plays at, he’s 100 per cent for 90 minutes. He was excellent tonight and he’s going to be an important player for us.’

Skipp was not the only Tottenham player to suffer an injury problem with the U21s in this international window, with left-back Ryan Sessegnon withdrawing from the squad after a knock in training.

Espirito Santo will now be without two midfielders after Giovani Lo Celso was ruled out after flying out to Argentina alongside centre-back Cristian Romero, despite not being given permission to do so after all Premier League clubs voted to stop players travelling to red list countries. 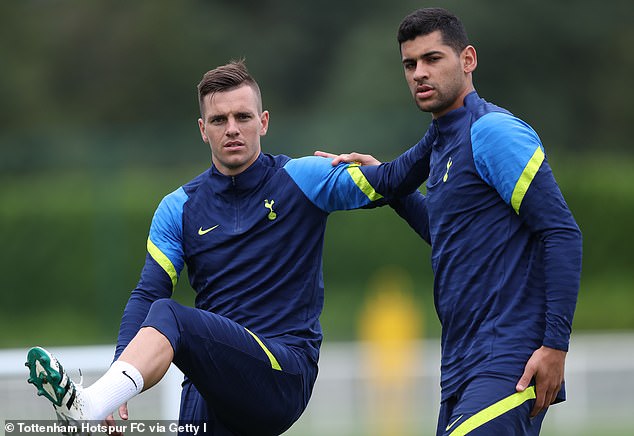 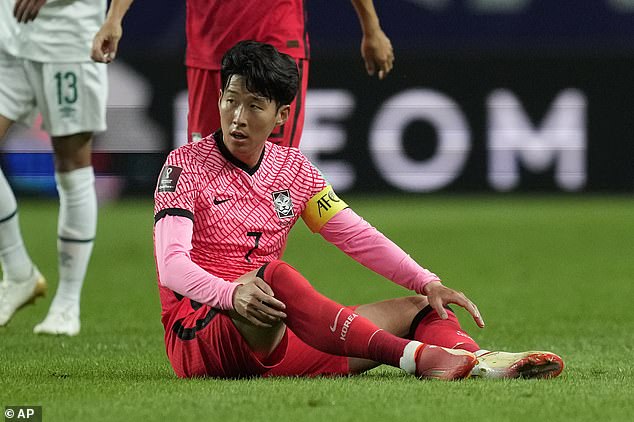 Spurs will also be hoping forward Son can come through after feeling discomfort in his leg during a training session on Monday after playing the full 90 minutes of South Korea’s goalless draw with Iraq earlier this week.

The 29-year-old was left out of the squad for his country’s final World Cup qualifier with Lebanon on Tuesday night, with Premier League leaders Spurs waiting to hear the full extent of the winger’s injury.

Son has started the season in brilliant form for Tottenham, scoring the winning goals in their August victories against Manchester City and Watford to provide a huge boost to their impressive run.