Rio Ferdinand has heaped the plaudits on Manchester United starlet Mason Greenwood, saying he would score more goals if his team-mates could pick out his runs.

The 19-year-old forward scored a late winner for the Red Devils to complete a 2-1 comeback victory over Brighton on Sunday.

But Ferdinand was more impressed with Greenwood’s performance throughout the match, saying he displayed all the natural talent of a top goal-scorer. 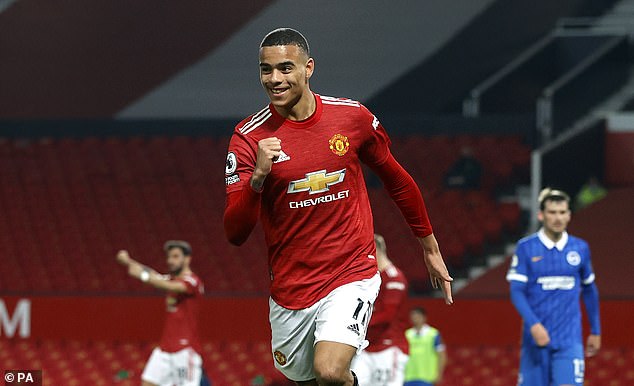 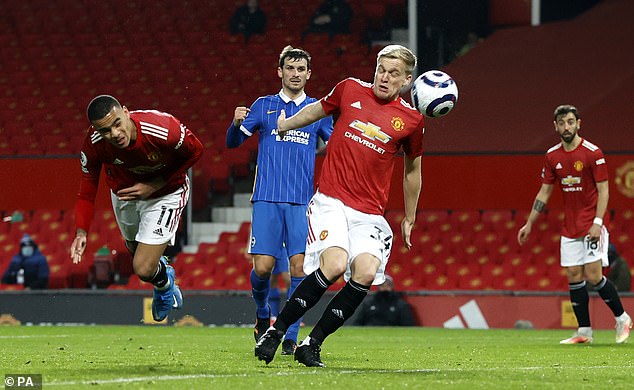 ‘This kid’s a striker, that movement there is striker’s instinct,’ Ferdinand said on BT Sport.

‘I was pleased today that it wasn’t about the goal, it was about his all-round game.

‘For someone so young to be doing that (his all-round play) despite not being in a rich vein of form, that shows a lot about the kid’s attitude.’

Ferdinand claimed that Greenwood would have more goals to his name if more Man United players were better at seeing his clever runs.

‘He hasn’t had the luck in front of goal this season,’ he said. ‘I’m sure Ole (Gunnar Solskjaer) and his staff will look at the fact he’s making unbelievable runs but he’s not getting picked-out at the moment but that will come. 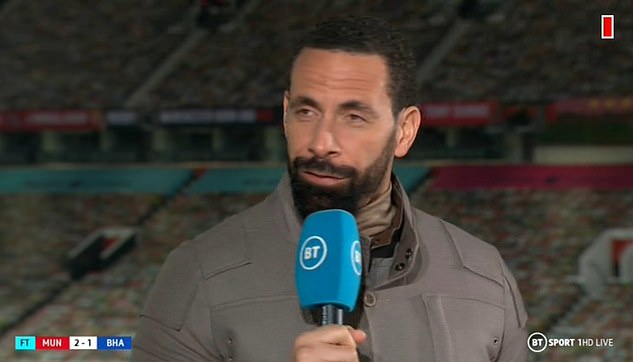 ‘People will be telling them this kid’s making the runs. You’ve got to pick him out if you want to get results.’

Greenwood’s return has been meagre this season, with just two goals in 24 Premier League games and he made no secret of his joy at adding to his tally against Brighton.

‘It’s a confidence booster,’ he told BT Sport of the goal after the match.

‘I know I’ve not scored so many in the Premier League and I’ve scored a header tonight which is something I’ve been working on for a long time. 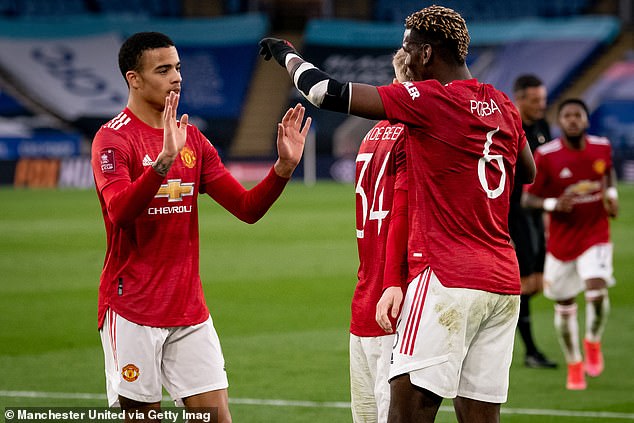 ‘It was a hard night. When they scored first we knew we had to react. The second-half was excellent, everyone was focused and switched-on.’

Fellow pundit Steve Sidwell even went as far as to say there is ‘no secret’ that Greenwood is ‘the best finisher at the club, ahead of (Edinson) Cavani and (Marcus) Rashford.’

The win sees United increase the gap from Leicester in third to four points, with eight Premier League games left.