TAMPA, Fla. – Despite having already fought, things might not be entirely over between Paige VanZant and Britain Hart.

The two Bare Knuckle FC women’s flyweights battled this past February in the main event of BKFC: KnuckleMania. Hart welcomed VanZant into bare-knuckle boxing as the former UFC veteran was making her debut in the sport. After five rounds of fighting, Hart outpointed VanZant to win a unanimous decision.

Now, five months later, both Hart and VanZant are set to compete Friday at BKFC 19 but against different opponents. Hart takes on Jenny Savage, while VanZant fights Rachael Ostovich in the main event.

VanZant believes she’s much more prepared for her second bare-knuckle fight and thinks there were too many unknowns entering her debut. Even then, VanZant thinks she won the last two rounds against Hart and believes if the fight would’ve gone longer, she would’ve stopped Hart.

Hart disagrees with VanZant, and she’s open to run things back and prove she’s the superior fighter.

“I come from boxing, and rematches are warranted when it’s like a split decision or it’s very close, but to me, even if you want to give her the last round – which I don’t – it’s winning one round to four,” Hart told MMA Junkie. “She dug her own grave. In the documentary, she said she would beat me on her worst day, so whatever. I beat her once, I can do it again.

“I think the best Paige VanZant showed up for her pro debut. I don’t care if she says she was new. She’s changing her story because before then it was, ‘Britain hasn’t faced the top level competition like I have. Britain hasn’t faced the athletes that I have. You’re an easy win, Britain. I would beat you on my worst day.’ So now I’m confused, but I feel confident I beat Paige VanZant at her best, and I’m only getting better.”

Ahead of BKFC 19, Paige VanZant doesn’t look back on UFC days: ‘I don’t miss it at all’

Video: Paige VanZant and Rachael Ostovich face off ahead of rematch at BKFC 19

Paige VanZant expects to knock out Rachael Ostovich in BKFC fight: ‘I don’t see any other way’

Hart is rooting for Ostovich to win her BKFC debut against VanZant. However, Hart does credit the former “Dancing with the Starts” participant for changing things up and adapting to bare-knuckle boxing.

“I want to give (VanZant) respect for going into the boxing gym. I think that was huge,” Hart said. “It’s a big difference, and I do think boxing gyms have the edge over MMA gyms. I think she looks motivated, and I think the loss really hurt her and hopefully humbled her a little bit. She looks like she’s improved. She looks in shape and looks really hungry. I’m actually highly interested in the fight.

“I like Rachael. I think obviously I want Rachael to win, I can relate to her. I can’t relate to Paige whatsoever. I can relate to Rachael. She had an abusive relationship, so without even having a conversation, I can look up to her. Paige looks like she’s had that lavish lifestyle where Rachael might’ve grown up a little bit rough. She’s a mom. I just like her story. So personally, I want Rachael to win, but do I think Paige is more motivated? I kind of do.” 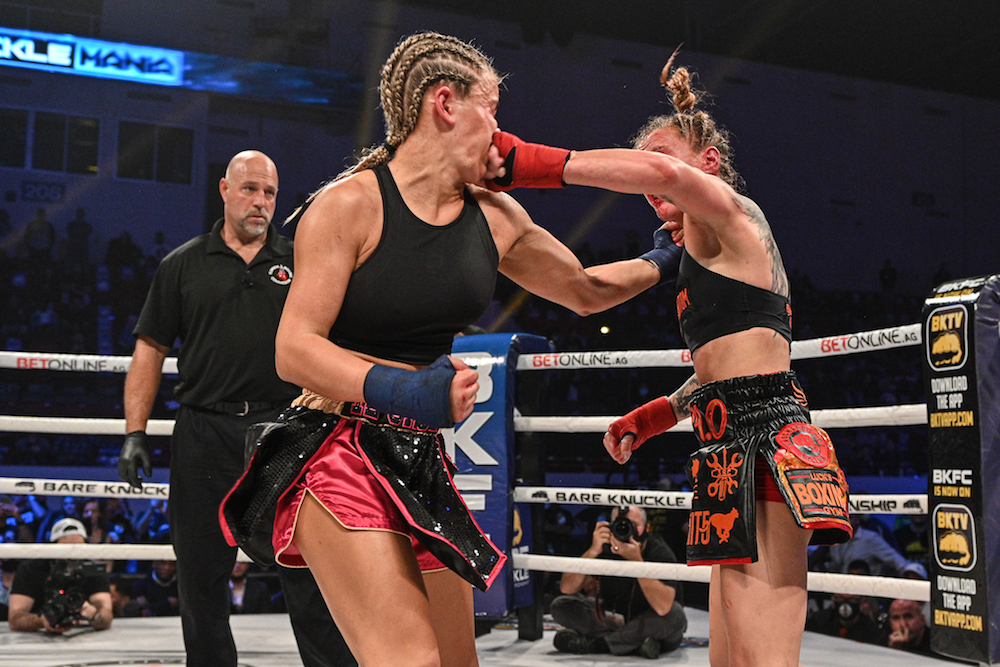