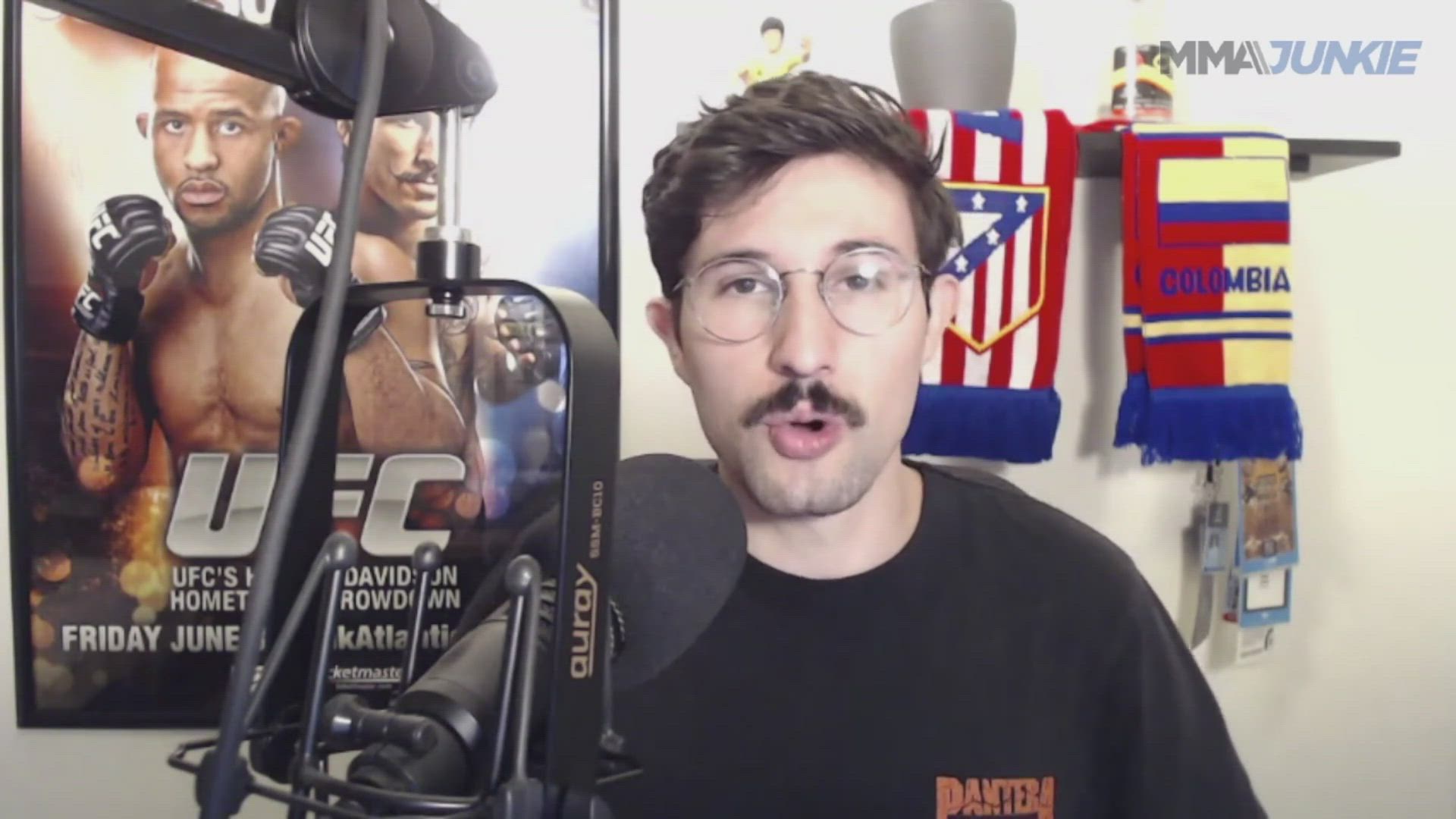 Nate Diaz and Leon Edwards are set to square off in the co-main event of the May 15 pay-per-view event in Houston. The welterweight fight will be the first five-round fight in UFC history that is not a title fight or a main event.

Two people with knowledge of the matchup confirmed the booking to MMA Junkie but asked to remain anonymous since the promotion has yet to make an official announcement. UFC broadcast partner ESPN was first to report the news.

Diaz (20-12 MMA, 18-11 UFC) has not competed or been booked since a November 2019 “BMF” title loss to Jorge Masvidal. One of the most popular fighters in UFC history, Diaz remained active on Twitter during his time away from the cage, taking shots at potential future opponents from time to time.

Shortly after news of his return broke, Diaz took to Twitter again. He confirmed his participation in UFC 262 and took a shot at headliners Michael Chandler and Charles Oliveira, who will compete for the vacant UFC lightweight championship.

“Check me out may 15th I’ll be headlining #ufc262 in Houston Texas I’ll also have the new UFC lightweight title fight on the card I need people to know these guys are they’ve been working very hard and I can’t wait to see who gets my old I’ll see (you) guys there.”

Over the span of his most recent five fights, Diaz is 3-2 with wins over Conor McGregor, Anthony Pettis, and Michael Johnson – and losses against McGregor and Masvidal.

Having not lost since 2015, Edwards (18-3 MMA, 10-2 UFC) rode an eight-fight winning streak into his March 13 main event clash against Belal Muhammad. The fight ended in Round 2 after Edwards poked Muhamamd in the eye and rendered him unable to continue.

In mid-February, the two fighters engaged in a brief exchange on Twitter while Edwards awaited an opponent to step in for Khamzat Chimaev. After Edwards called him out, Diaz took a page out of Conor McGregor’s book.

Nate just dribbled for an hour about wanting to fight at 170 against winners… let’s see it then @NateDiaz209. 8 fight win streak and #3 in the world. Let’s go if you still think you’re a real one https://t.co/PUaPfwtRPQ

And who the fuck is this ? pic.twitter.com/V4SYsZqFWq

UFC 262 takes place May 15 at Toyota Center in Houston. The main card streams on ESPN+ pay-per-view after prelims on ESPN/ESPN+.

Triple Take: Who should Nick Diaz face in his UFC return? 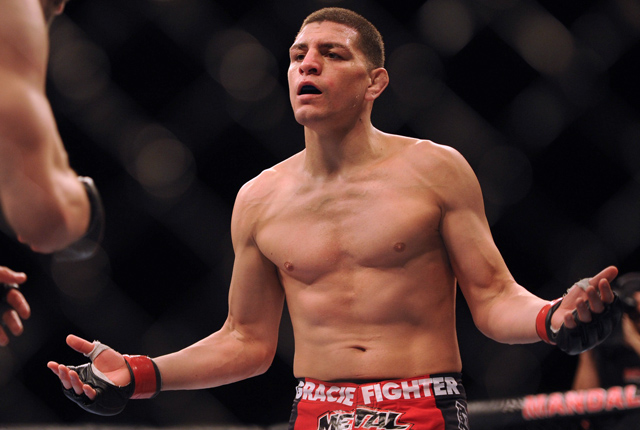 Photos: Nate Diaz through the years