By David Wood for MailOnline

Manchester United star Bruno Fernandes was mobbed by four fans for a selfie during Portugal’s 3-0 win over Azerbaijan.

The World Cup qualifier was held up for a few minutes as the youngsters took turns to pose for a photo with the midfielder.

Fernandes was understandably a little shocked that local security failed to respond to the pitch invasion in the 87th minute of Tuesday’s match in Baku. 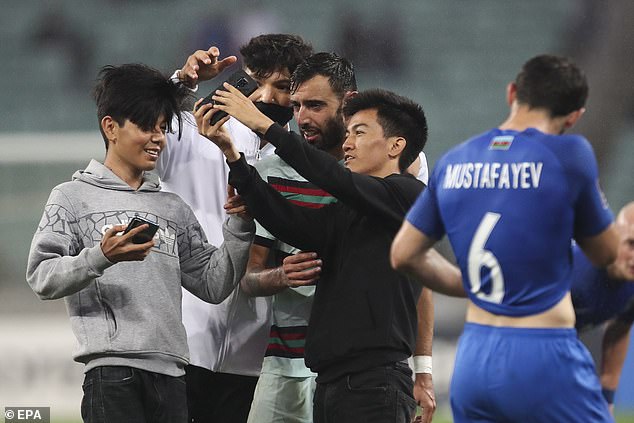 One fan then grabbed a photo with the referee before returning to the stands and allowing the game to restart.

Fernandes played the full 90 minutes in the routine win, as did Manchester City pair Joao Cancelo and Ruben Dias.

The visitors, who were rarely troubled throughout, took the lead after 26 minutes as Bernardo latched onto Bruno Fernandes’s deep cross to volley in at the back post. 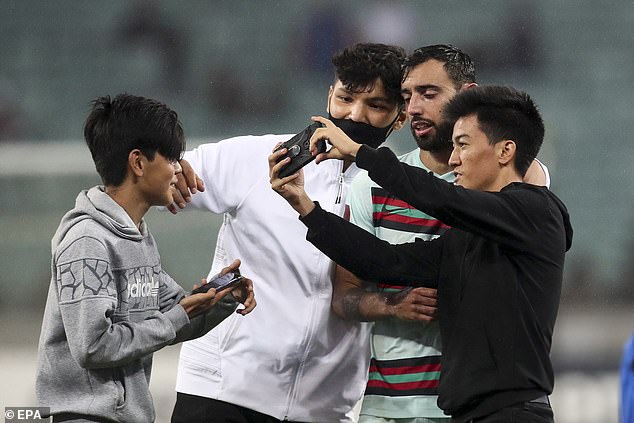 Fernandes was heavily involved again as Portugal doubled their lead, this time his cross was turned across goal by Jota for Andre Silva, who tapped in from close range.

Jota then rounded off the victory 15 minutes from fulltime, heading in Joao Cancelo’s centre.

Bernardo Silva and Diogo Jota were both replaced after scoring.

Cristiano Ronaldo was not involved as he was suspended and instead trained for the first time with Manchester United. 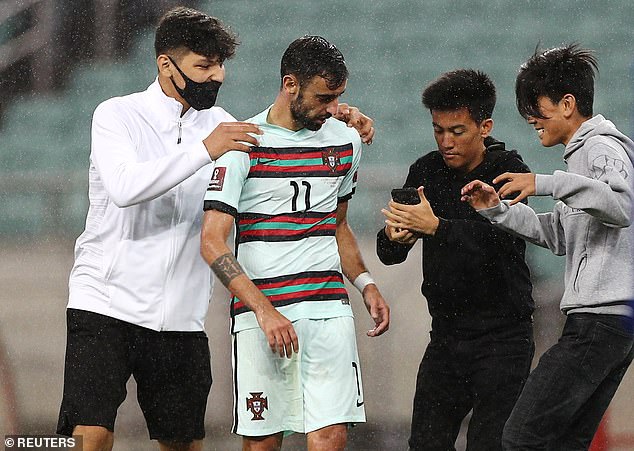