David de Gea admitted he ‘couldn’t breathe’ when he collided with Adama Traore during Manchester United’s victory over Wolves on Tuesday night.

The Spanish goalkeeper was left in pain after colliding with his countryman in the second half of the 1-0 win against Nuno Espirito Santo’s men.

De Gea revealed he will not be injured for United’s next game against Aston Villa on New Year’s Day but claimed he was shaken by the Traore incident while struggling on the Old Trafford pitch. 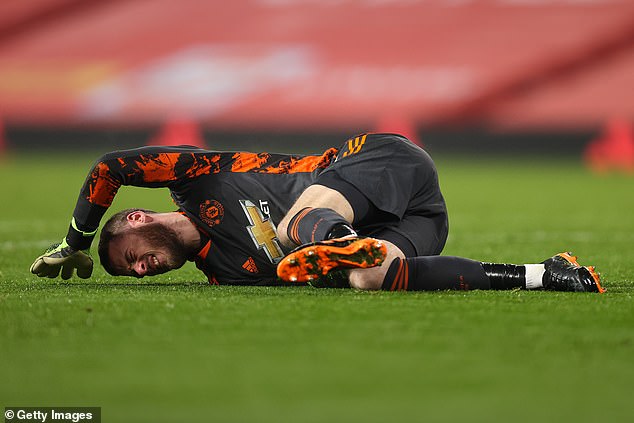 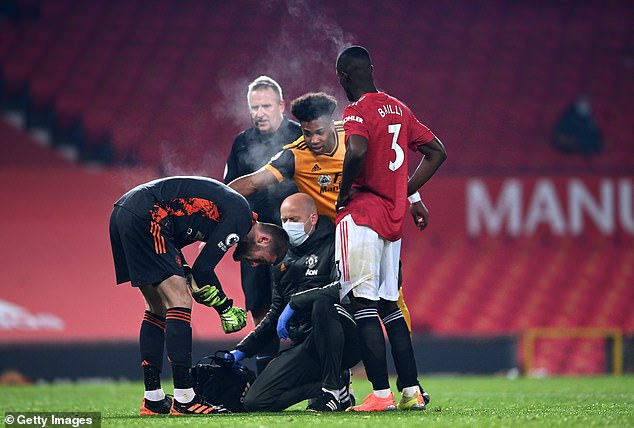 ‘Woof! I was lying on the pitch,’ said De Gea afterwards. ‘He’s one of the strongest players in the Premier League, so it was very painful in my arm, in my stomach, but it was fine. We win the game, so everything’s fine.

‘I feel very well. It was just when I hit Traore it was painful, I can’t breathe, but it was fine.’

Ole Gunnar Solskjaer’s side were being held 0-0 by Wolves when De Gea was felled by Traore but Marcus Rashford stepped up late on to score a deflected effort in injury-time.

The result lifted United up to second in the Premier League, two points behind leaders Liverpool having played the same games as Jurgen Klopp’s champions. 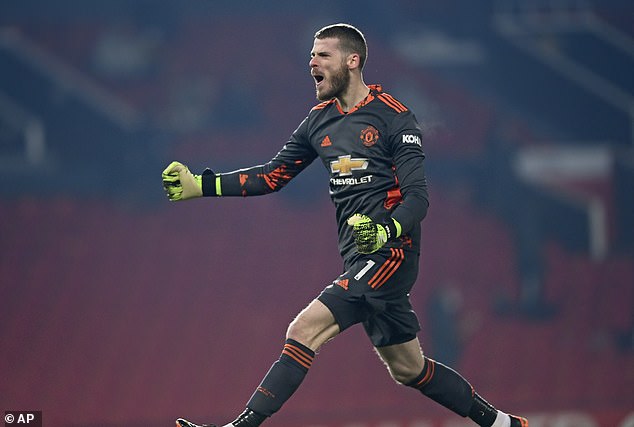 While the Reds can extend that lead to five points when they take on Newcastle on Wednesday evening, De Gea admits there a winning belief at Old Trafford after a shaky start to the season.

‘I think we now have a winning mentality and this is very important for the team,’ the goalkeeper said.

‘All of us want to win, we keep trying until the end. It was great to see the team trying to score until the last minute and then we scored a goal so it’s perfect for us.

‘At the moment we feel very strong, very confident so now we have to start 2021 like we finished this year – with confidence, strong, with a winning mentality and like we play a (cup) final every game so let’s go for it.’ 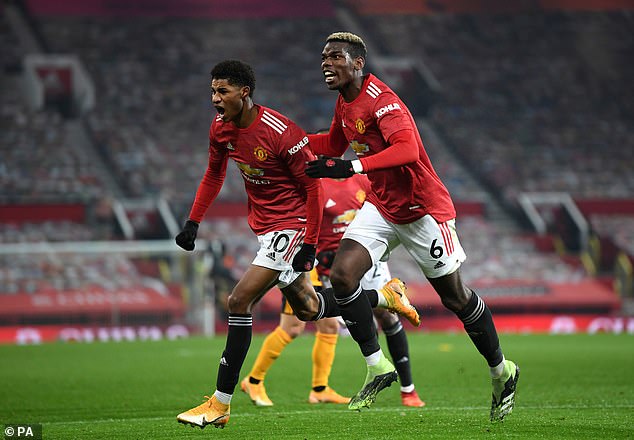 United had a slow start to the Premier League campaign and also exited the Champions League at the group stages but De Gea claims United are capable of ending their three-year trophy drought.

Asked about the growing belief in the dressing room of a first trophy since the 2017 Europa League, he added: ‘Of course, I think there’s belief.

‘You have to believe, keep believing all the time but at the same time we have to be calm because this is a long way to finish, many games to come.